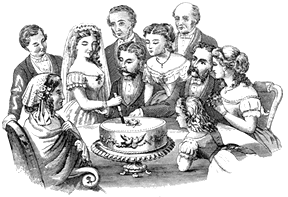 Training people how to use computers and particular applications has been ongoing work that I have been involved with. I get a great amount of personal satisfaction training people in web and desktop publishing as I put a great amount of value in helping individuals express themselves through such mediums. In addition, as a web application developer it is important that my final deliverable includes training on the given solutions I produced for them. Some recent highlights of my computer training work include:

The Tools for Change: Activist Education Series was a series of low-cost, skill and knowledge building workshops and lectures which I organised for QPIRG at Concordia University. It was directed at mostly the student milieu, but included the wider community of Montreal. It sought to promote "active citizenship" by offering seasoned activists and concerned citizens skills in community organising and knowledge about current issues our community faced. My two year long coordination of the series included the organising of over 24 events. 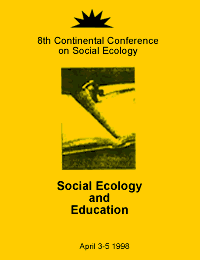 The 8th Continental Conference on Social Ecology was a three-day conference focused on the theme of Social Ecology and Education. It featured a wide array of presentations, workshops and panel discussions examining the role of education and educators in addressing key contemporary social and political issues. The event attracted well over 200 participants from across Canada and the USA. I was one of the main organiser of the event, overseeing logistics, inviting speakers, and fundraising.

The New School at Dawson College is a CEGEP (upper High School) level alternative school based on the principles of humanistic education. Since the New School opened in 1973, it has provided a place of learning where students are encouraged to assess and meet their own individual academic, personal and social needs.

For the Fall 1997 semester, I co-facilitated a course on "Social Change and Grassroots Organising." The course explored different theories of oppression, visions for a new society, and political activism. As a co-facilitator, my responsibilities included:

The class drew allot of interest from the student body, resulting in the largest enrolment of any class offered. In the end, the class received good reviews from the student

Between 1997 and 1999 I organised several dozen events, either independently or through associated organisations, on topical social and political issues. Here is a summary of some of them:

Apison Communications is a full-service design and development firm, located in beautiful Pictou County, New Glasgow, Nova Scotia. Apison offers web-based content management solutions for business professionals, and the real estate industry. I was hired by Apison the spring of 2006 as Programming Manager, and am responsible for heading programming initiatives as well as filling the role of system administrator.

High-Touch Communications is a leading North American branding + web firm, offering its pièce de résistance web platform called IgnitionWeb. I was hired by HTC the summer of 2005 as Senior Programmer, where I was responsible for heading programming and the programming team. Some of my work highlights at HTC include:

HTC was a great place to work at with their dynamic team and exciting projects. Because of family commitments, I left HTC to move to Nova Scotia 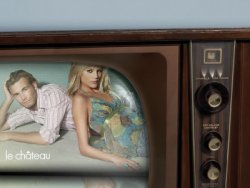 In my current employment role I am lead PHP programmer, developing a large scale corporate Intranet which integrates legacy systems and new web application solutions for over 300 users and 150 stores across Canada and the USA. My work on the Le Chateau Intranet began with a complete code audit and eventual redesign of the application architecture. In addition:

Lastly, I play the role of the resident researcher in Free and Open Source Software for the web environment, making recommendations on viable solutions to the various problems we need to solve. 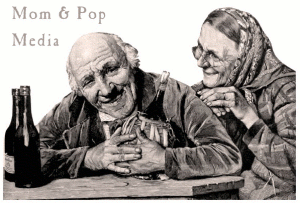 Working under the name Mom & Pop Media, I started my freelance web and print design consultancy upon return from my stay in South Africa in 2000. Through Mom & Pop I offer a range of services including:

In fact, many of the projects listed throughout this portfolio are Mom & Pop projects.

Besides taking care of service delivery, and the mundane tasks of accounting and sales, I also maintain a dedicated Red Hat Enterprise Linux server, running CPanel.

In late 2004, I stepped back from the company substantially and took on a partner who now is the business lead.

The IAS is primarily a grant-giving organisation for writers. Each year the IAS awards $8000 USD in grants to authors promoting critical scholarship on social domination and the reconstructive vision of a free society. The IAS believes this theoretical work is of great importance to informing activist practises, just as practise inform theory. As of 2003, the IAS has funded over forty projects by authors from countries around the world, including Argentina, Canada, Chile, Ireland, Nigeria, Germany, South Africa, and the United States.

I took on the Directorship of the IAS as a contractor between 2003 to 2004. My responsibilities included: 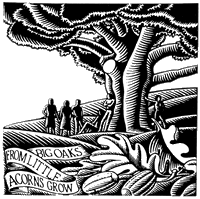 The Institute for Social Ecology is an independent institution of higher education based in Plainfield Vermont dedicated to the study of social ecology. The ISE offers year-round interdisciplinary studies to guide social change.

I worked steadily for the ISE from 2000 to 2003, but have been involved with the ISE since 1997. My work with the ISE primarily revolved around media coordination, but also included on-going work on organisational development—with emphasis on strategic planning. I also contributed towards developing the ISE's fundraising program.

As media coordinator, I was responsible for the development, design, and production of all of the ISE's Internet presence, as well as much of the print media. This included editing two monthly electronic newsletters. I was also responsible for overseeing and implementing the ISE's "Media Strategy" in conjunction with staff and the voting membership.

The Social Ecology Speakers Bureau brought together some of the most influential activists and educators working with social ecological. The SESB speakers were available for lectures and workshops, and covered a wide range of issues, including globalisation, politics and activism, biotechnology, feminism, community development, ecological design and more.

I founded the SESB along with the ISE in early 2000, and I continued to coordinate the project until 2003. As coordinator, I promoted speakers, organised several speaker tours, and booked numerous individual events. The SESB proved to be an invaluable asset towards the promotion of the ISE.

The Community Arts Project is a South African organisation dedicated to providing people-centred education and training in the visual and performing arts. CAP works with youth and unemployed adults and is committed to promoting the arts for community development. Historically, CAP was integral to the anti-apartheid movement.

I worked for CAP for a 5 month-long internship at the beginning of 2000. As an intern, my responsibilities were wide ranging. I developed print and web media to promote the organisation in general. I also designed all promotional material for a CAP production for the 2000 Grahamstown Standard Bank National Arts Festival.

Along with media work, I helped the organisation devise a strategic planning process and facilitated many sessions with the staffing body in implementing it. I also conducted computer literacy training with staff. 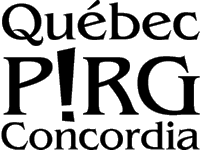 The Québec Public Interest Research Group at Concordia University is an umbrella organization of students, community activists, researchers and educators dedicated to research, education, and action. QPIRG's goal is to sensitize the community to social and environmental issues concerning Montréalers while promoting active citizenship.

I served as a co-coordinator for QPIRG from 1998 to 2000, but was involved with the organization as a volunteer since 1996. As a coordinator, my responsibilities included:

The Association d'espace de l'espace libre et imaginaire is a not-for-profit corporation devoted to the upkeep of the historic 2033 St. Laurent. This Montréal building is home to the Librairie Alternative Bookshop, a bookstore devoted to issues of labour, ecology, feminism, sexual identity, and social justice.

From March 1997 to mid 2000, I served as the president of the association. My duties included:

The Librairie Alternative Bookshop is collectively owned and operated, non-profit bookstore. Based in Montréal, Canada, the bookshop considers its self to be part of the larger social change community. Dating back to 1974, the bookshop grew out of the antinuclear and peace movements of the time.

I served as a collective member from February 1997 to January 2000. My responsibilities included:

Food Not Bombs is a community based organisation dedicated to the combating of poverty through direct action food services. There are over 175 autonomous chapters sharing vegetarian food with hungry people, protesting war and poverty throughout the Americas, Europe and Australia.

During the Spring of 1995, I co-funded the Montréal chapter and worked on developing the organisation until September 1996. During my involvement, my work focused on:

I have played a leading role (or in many cases the lead role) in many web development projects. My involvement in software management consists both of managing project deadlines and budgets, and also managing project code.

Managing project code, both within a team or independently, I use the Open Source industry standard CVS to track changes, easily deploy / upgrade software installations, as well as handle multiple development branches. More recently, I have been dabbling with Subversion in combination with Edgewall Software's Trac.